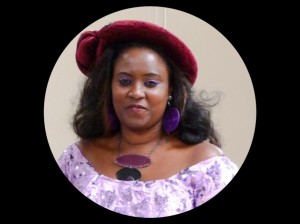 Native of Kenya, Salome Mbugua has lived in Ireland since 1994. She is the founder, former CEO and currently president of AkiDwA -The Migrant Women’s Network. Salome has over 20 years’ experience of working with under-represented groups in particular women, children, and the youth, in Kenya, Uganda, DR. Congo and Ireland. Her background is in Social Work, International Development and Philosophy.

Salome is a strong advocate of equality and justice, she serves in various boards at National and European level, she is the vice chair of European Network of Migrant Women and was recently elected into the board of European Women Lobby. She is 2015 OHCHR-UN Fellows on ambassador on People of African Descent and 2010 Eisenhower Fellow on women leadership programme. Salome is Master’s degree graduate from UCD and is currently undertaking a Doctorate research at Trinity College Dublin focusing on participation of women in peace building, a case DR Congo. Salome Mbugua was appointed the Head of Mission for Wezesha in 2015

Davis Sibanda is a native Zimbabwe and moved to Ireland in 2009. He studied Automotive Engineering and graduated from Bulawayo Polytechnic College Zimbabwe. Since arriving to Ireland Davis has undertaken various courses in Longford and Waterford that include computer courses, Information Technology and ECDL. He has recently studied Accounts and Payroll and Office Administration in Deansrath Community College in Clondalkin Dublin.

Davis has volunteered with different organisations across Ireland. He was an active volunteer with Longford Tidy towns from 2009 to 2010. He was a volunteer in Waterford from 2010 up until 2013 with International Support Union (ISU) in Edmund Rice Centre. Among notable things he did while volunteering in ISU was teaching non-English speaking children during summer of 2012. He has also ran various marathons in support of cancer foundation.

Davis joined Wezesha in March 2016 and is currently the Project Officer mainly focusing on the Diaspora youth within the organisation. 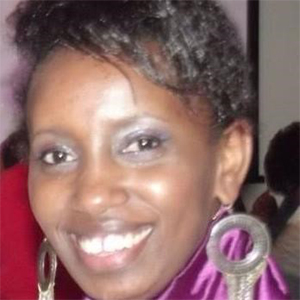 Anne-Burke has been living in Ireland since 2008. She is an active member of young migrant women with AkiDwA and volunteers with several other organisations. Ann Joined Wezesha in January 2013. She is in charge of Wezesha annual charity ball conferences, seminars and meetings. Her background is in administration and community organising.