Wezesha is a registered limited company with guarantee and without capital share; it’s also a registered Charity.

Wezesha is led and managed by a Board of seven which is collectively responsible for ensuring delivery of the organisation’s objectives, for setting its strategic direction, and for upholding its values. The board is supported by an advisory group of eight members with wealth of expertise in different fields. 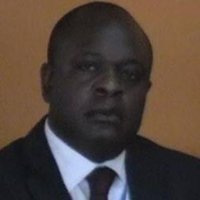 Egide Dhala is originally from the D.R.Congo and has been living in Ireland since 1998. He holds a Diploma in Education and an MA in Adult and Community Education from NUI Maynooth, degrees in philosophy and theology and a Master’s degree in Canon Law from the Catholic University of Congo. Egide is a former lecturer in the Catholic University of Congo, at Kimmage Mission Institute of Theology and Culture and is currently a guest lecturer at NUI Maynooth. He worked with Spirasi as the Manager of the Centre for the Education and Integration of Migrants (CEIM) and has served on different boards with NGOs in the area of minorities and social exclusion. Egide is a co-founder and director of Wezesha. He worked with AkiDwA as a volunteer in engaging men on GBV; he has also conducted research on behalf of the organisation on Knowledge of General Practioners in Ireland on Female Genital Mutilation. Egide Dhala is Wezesha Company Secretary. 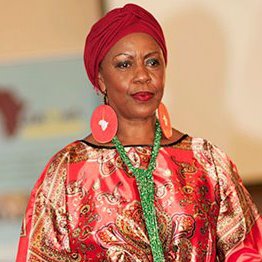 Flora Lamba originally from Tanzania, immigrated to Ireland  in early 1990s. She is a State Agent, owner at StayPlanet.  Flora has extensive knowledge and experience in business administration and management. She is the founder and CEO of New Age Africa Trust, a voluntary international organisation that works to improve livelihoods and education opportunities for the youth in Tanzania. Flora Joined Wezesha Board of Directors in 2012 and was re elected chair of Wezesha in 2015. . 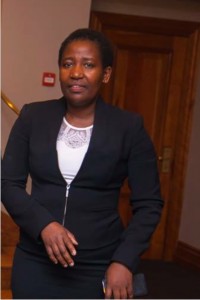 Dr. Caroline Munyi is a gender, peace and development professional with extensive experience in gender-based violence behaviour change mechanisms, gender mainstreaming and equality, HIV/AIDS care and management, project design and development, monitoring and evaluation, project cycle management, capacity building of staff and community, proposal and grant writing. Caroline did her MPhil and PhD at the University of Dublin, Trinity in the field of International Peace Studies. She has been living in Dublin Ireland, for the last 9 years. Her primary research interest lies in the areas of masculinities and violence and participation in the context of community empowerment.

Caroline is also interested in the questions of gender (and patriarchy) as they shape structural violence and poverty. She is currently working for Action Aid Ireland and is the coordinator of the EU funded AFTER project. Caroline joined Wezesha board in August 2016.

DR. Alfred Chadzani is originally from Malawi, he holds a masters degree from London School of Economics and a PhD in Law from Trinity College Dublin. Prior to relocating to Ireland Alfred worked with the Department of Customs and exercise in Malawi. He is an expert in international law. He is also a Community Health Ambassador with AkiDwA. Alfred has been supportive of Wezesha since 2015 and have carried out research for the organisation in the previous year..

Winifred Akinyemi is originally from Nigeria where she practised as a Corporate Solicitor in the financial sector for ten years before moving to Ireland in 2004. Winifred presently works as a development Specialist Guide in the Irish Aid Centre, a section of the Department of Foreign Affairs and Trade. She holds a Master’s degree in International Development from University College Dublin (UCD’s) School of Politics and International Relations (SPIRE). Winnie has been an active advisory member of Wezesha since 2014

Neltah Chadamoyo is founder and CEO of Growing Words.  Growing Words is a company that mostly supports minority individuals and groups to tell their own stories.  At Growing Words we understand that not all stories can be told the same way so we support works done through literature, audios, videos and even art mostly through editorial support and facilitative processes. Neltah Chadamoyo is a social activist and has worked with a number of migrant organisations to champion various issues that impact on migrant lives and their human rights.

Nchedo Obi works as a freelance in areas of Organisational Development, Media and Communication, and Campaign and Empowerment with particular interest in politics, human rights and international development issues. Nchedo studied Philosophy, Journalism and Communication, and International Development Studies. He works with various African governments regarding important issues affecting the African continent. Nchedo is enthused with African human and infrastructural development issues. His vision is an Africa of a global player in politics and economy rather than the present state of tearfulness, or a baby-to be fed and- clothed.  He engages with various African governments through writing; and expressing his views on issues of importance to the continent. He believes by such a little contribution we could realise an Africa with dignity, a continent that stands equal with others. Nchedo Joined Wezesha advisory group in 2014.

Sr. Lena Deevy is the Founder of the Irish International Immigrant Center Boston Executive Director. After twenty-four years as IIIC’s executive director, Sister Lena stepped down from her day-to-day responsibilities. Many international solidarity efforts have benefited from her involvement, including efforts supporting justice and peace in Nicaragua, El Salvador, South Africa, and the Philippines. Now back in Ireland Sr Lena is working to support issues of Justice, equality and climate change.

John Marren has worked in several African countries that include South Sudan and Kenya. He has been very supportive of migrant community in Ireland. He have been supportive of Wezesha work since 2014. 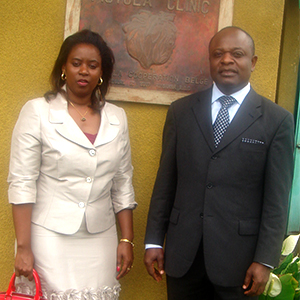 In 2007 Egide Dhala from Spirasi and Salome Mbugua from AkiDwA met in Brussels while attending a workshop on poverty experienced by migrants in Europe. These two representatives from Ireland had the opportunity to discuss the work they were doing with vulnerable migrants, especially on gender based violence and with women who struggled to integrate into Irish society as a result of profound trauma from countries of origin. They thought that they could extend the skills, experience and resources they have developed in supporting and empowering migrants to their home countries, as the wide majority of people who have suffered from abuse and persecution may not be able to move to safe places such as Ireland and would be condemned to live on the margins of the society. They began a consultation process with different migrant community groups and in 2010, founded Wezesha.

MISSION:  to support and to promote human rights for women and children in Africa in order to achieve an equal and just society.

VISION:  to empower African women and children so that they live in peace and dignity, are healthy and have access to resources. Wezesha is currently working on its 5 year Strategic Plan 2014-2019.