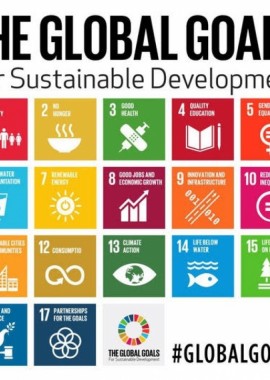 On 25th September 2015, 17 sustainable development goals were adopted by the United Nations in New York. 193 countries are committing to these 17 ‘Sustainable Development Goals’, aimed at ending poverty, reducing inequality and tackling climate change by 2030 and build a more peaceful, fair and sustainable world.

Africa Diaspora has and continues to play a huge role in Development of Africa. At Wezesha we are committed to the development of our own continent and will continue to work with African Diaspora in Ireland, Europe and Worldwide together with other actors in international development to ensure SDG goals are achieved by 2030.

Wezesha has been piloting its work in two African countries and in March 2015 the organisation launched a five years strategic plan. Under strategic theme three- Migration and Development, the organisation has progressed work tremendously, research on health and social needs of women from armed conflict was carried out in 2015 the outcome– Healing the Wounds of War will be launched on 10th March during the seminar. Wezesha is also working on an interesting project- Citizens are speaking headed by an NGO in Malta and focusing on the current refugee crisis.

Exploring the three key Sustainable Development Goals that Wezesha seminar will focus on: Goal 1: End poverty in all its form everywhere: Extreme poverty, absolute poverty, or destitution, was originally defined by the United Nations in 1995 as “a condition characterized by severe deprivation of basic human needs, including food, safe drinking water, sanitation facilities, health, shelter, education and information. It depends not only on income but also on access to services. Currently, extreme poverty widely refers to earning below the international poverty line of $1.25/day (in 2005 prices), set by the World Bank.

The Sustainable Development Goals aim is to reduce the percentage of people living in extreme poverty to zero by 2030.
Goal 16: Promote peaceful and inclusive societies for sustainable development, provide access to justice for all and build effective, accountable and inclusive institutions at all levels. Significantly reduce all forms of violence and related death rates everywhere. End abuse, exploitation, trafficking and all forms of violence against and torture of children. Promote the rule of law at the national and international levels and ensure equal access to justice for all

Goal 17: Strengthen the means of implementation and revitalize the global partnership for sustainable development” – recognizes multi-stakeholder partnerships as important vehicles for mobilizing and sharing knowledge, expertise, technologies and financial resources to support the achievement of the sustainable development goals in all countries, particularly developing countries